Sawarabi Fonts are Japanese font families which are make up of two fonts, gothic and mincho. Sawarabi Gothic is a ‘Japanese gothic’ font, which is similar to sans-serif. Sawarabi Mincho is a ‘mincho’ font. ‘Mincho’ means a Ming typeface and is used like a serif font in Japan.

Sawarabi Gothic and Mincho are normal ordinary fonts and have not notable features. But it can be said that their design concept might be a little traditional (or old fashioned), if compared with VL Gothic and M+ FONTS which have already been popular as free Japanese fonts.

Though both of fonts are available, they have not yet enough characters for daily use, such as standard kanji, for being under developing now. 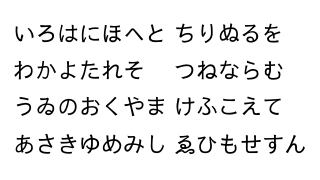 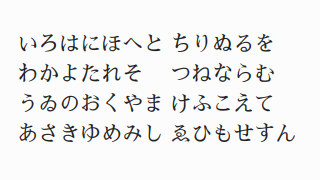 You can download the latest Sawarabi Fonts from the following links:

Sawarabi Fonts Project Top Page
The project site in OSDN. In wiki pages of it, you can get a little more information, but these might be written in Japanese.